Q: An investor has expressed interest in buying my apartment building to convert into condominiums for resale. Hasn’t the height of the condo market seen its day in Toronto? 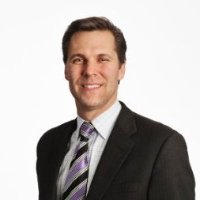 A: The GTA’s condominium market is alive and well. Recently appointed Vice President and Deputy Chief Economist for TD Bank Group, Derek Burleton, leads a team of financial analysts and is the author of respected economic reports like, “A New Normal: Canada’s Potential Growth During Recovery and Beyond.” Burleton kicked off the new year serving as the 2013 Outlook Keynote Speaker at a January industry event hosted by the National Association of Industrial and Office Properties Greater Toronto Chapter (NAIOP).

That’s big news for investors and Commercial property owners alike. TD Bank soon added fuel to the fire with a report crediting the changing demographics of Toronto’s population for reviving its downtown core, and thus creating a chain reaction throughout commercial real estate:

The growing desire to locate downtown has prompted a wave of condo development. An increasing number of businesses are also acquiring office space in the core in order to be closer to this growing labour pool. New business creation, employment gains and population growth in the downtown core are now outpacing that in the surrounding suburbs, reversing a decades-long trend of exactly the opposite. Overall, these trends represent a huge opportunity for the City of Toronto.

A strong downtown market is crucial to the overall success of commercial real estate in any city. The vibrant growth of Toronto’s core only bodes well for outlying commercial areas of the GTA. With more than 150 active cranes operating in the City, Toronto remains Canada’s high-rise leader, and surpasses even Chicago, claiming the second ranking in North America for completed and under-construction high-rise buildings, and is eclipsed only by New York City in terms of high-rise growth.

While total sales were down from 2011, 2012 nonetheless proved to be the GTA’s fourth-best year ever for new condo sales, with 18,755 units sold, according to RealNet, indicating that our love affair with skyscrapers filled with residential and commercial condos is far from over.