Canada’s fastest growing municipality is home to the youngest population in the Greater Toronto Area (GTA), making housing development a top priority for residents and investors. The once-sleepy Toronto suburb of Milton, Ontario is, of necessity, “open for business” to developers. Grown far beyond a Toronto bedroom community, statistics and supporting data continue to indicate high-yield investment potential in this still under-serviced Halton Region development jewel.

Record low vacancy rates in the industrial sector also continue to characterize both the GTA and neighbouring municipalities like Milton well into the foreseeable future. Demand for commercial space and housing developments are expected to continue ahead of supply. Milton’s strategic geography, comparably low business tax rates, well-developed infrastructure, and vibrant, well-educated community combine to offer an attractive investment and real estate development corridor. With the youngest population in the GTA, Milton’s median age is just 34, and 73% of residents have postsecondary educations.

2015 was a record-breaking year for Milton, Ontario commercial real estate development, with nonresidential developments reaching an unprecedented 2.5 million square feet. Close to Toronto and just 37 miles west of Pearson International Airport, with its easy access to global marketplaces; Milton benefits from a wealth of well-developed transportation corridors by road, rail, rail-to-sea and, more recently, extensive public transit, make the Ontario town far from remote in any way, and a practical choice for commercial real estate developers.

Life on the Edge in Milton, Ontario

Stretching north from Oakville and sidling Mississauga’s western border; Milton, Ontario was built right on the edge of the Niagara Escarpment – the same land ridge that winds up, spectacularly, as Niagara Falls. Boasting a population of about 100 in 1837, the town was then named for famed 17th-Century English poet John Milton. While long-established Mississauga’s population growth continues to reflect Ontario’s overall growth, remaining negligible at about 1%; Milton’s population has swelled with steady boom town population growth since 2000. 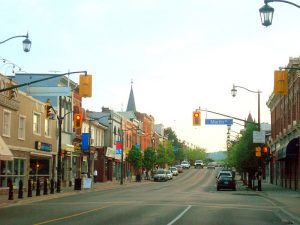 Development itself can be credited with the high level of growth in Milton during recent decades, to the credit of their award-winning, $27 million “Big Pipe” project completed in 2000, since piping municipal water from Lake Ontario to Milton homes and businesses.

Honoured as the “Project of the Year” by Halton Region’s Ontario Chapter of the American Public Works Association (APWA), the new waterway allows for 6,200 new homes in seven new residential developments, and up to 700 acres of new development land for retail, industrial and office uses. At that time, Milton’s population was widely projected to reach a now seemingly modest 85,000 by 2016 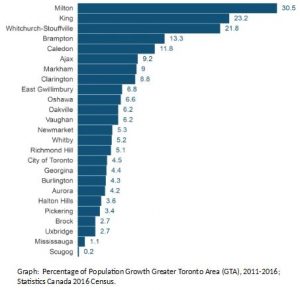 A look at the last three Canada Census reports reflect Milton’s astonishing 71% population surge during 2001-2006, followed by an equally significant increase of 56% during 2006-2011. The trend continues, according to the 2016 Census, with a still-remarkable 30% population increase, again confirming Milton’s growth leadership position. Developers seeking to meet existing demand and continued growth are right at home choosing Milton, Ontario’s unparralled potential for investment in Ontario’s Golden Horseshoe and the GTA.

Current growth projections now indicate a population of approximately 225,000 by the year 2025 for Milton, Ontario — more than doubling the existing population during the next decade. Such sustained, explosive growth is likened more to a floodgate than a steady stream, considering numbers. Local government can be praised for their foresight in making “Big Pipe” as big as it is. Growth was at a stand still for two decades previously, when Milton’s stream-based waste water system was deemed inadequate to additional growth. Massive in and outflow pipes were installed in 2000, and growth has met and far exceeded expectation by 30%. More new residential subdivisions, townhomes, multifamily apartment communities, and retail development are required to meet a great and still booming demand.

“The Town of Milton prides itself in extending excellent customer service to new and existing businesses in Milton, by assisting them with site location and guiding them through the development process. The success of the Town’s investment attraction program is a critical component of the plan for balanced growth.”

Like residential developers, retail and industrial property developers have long been encouraged by both the bottom line shown in high ROIs and accolades like Canadian Business and Profit magazines naming Milton, Ontario, as “Canada’s Best Place for Business in 2015”. 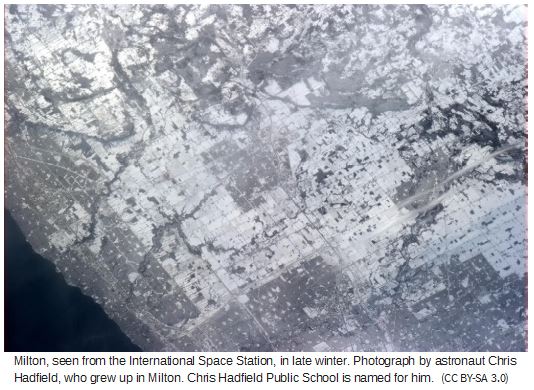