Canon, Air Canada on the move to Brampton, Ontario 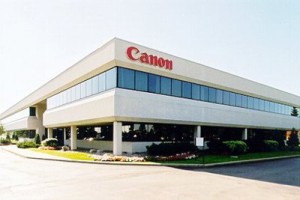 Q:  We’re looking for land in the GTA to build our company headquarters. Where would you suggest?

A:  On the heels of a similar announcement from Air Canada in late 2012, Canon Canada Inc recently announced that they, too, are building new corporate head offices in the GTA. After careful assessments, each company chose to headquarter in Brampton, Ontario.

Brampton Mayor Susan Fennell announced in January, “I’m thrilled that Canon Canada, a globally renowned company, will open its new corporate headquarters in Brampton. It’s a great boost to Brampton’s economy.”  Mayor Fennell later added, at the February Board of Trade State of the City speech, that Canon had hired architectural firm Moriyama & Teshima to build its corporate head office at the intersection of Mississauga Road and Steeles Avenue.

The Brampton Board of Trade’s theme for this year’s February luncheon was international trade, and the Mayor reported that Brampton had been well-represented during recent trade missions to India and China. Air Canada’s new 65,000 square foot head office and Canon’s future headquarters, combined, will create more than 1000 jobs for the local economy.